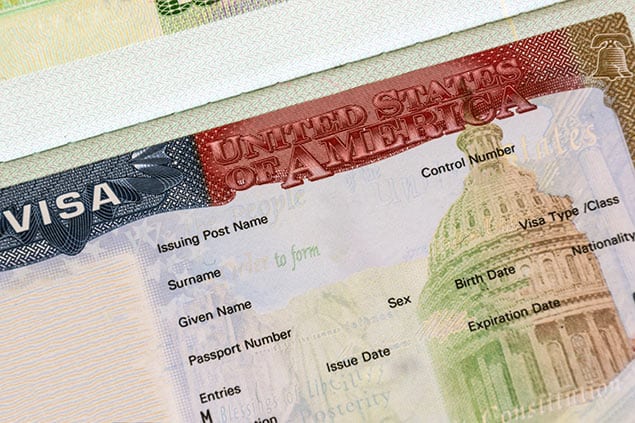 There are various US Visa Types to serve different purposes. You might be familiar with the 2 major US Visa types but unaware of the several subtypes.

Don’t worry, in this article, we’ll help you learn everything you need to know about US Visa Types.

What is a US Visa?

A US visa is a stamp or an endorsement on your passport that shows you are eligible to enter the United States. It indicates that a consular officer at a US Embassy has certified that you’re eligible to seek entry into the US.

What are the different US Visa types?

There are over 185 different US visa types, grouped into 2 major categories; Immigrant Visas and Nonimmigrant Visas.

Immigrant Visas are US visas issued to foreign nationals who intend to move permanently to the United States under immigrant investor schemes or family reunions.

Nonimmigrant Visas are US visas issued to people who intend to visit the US temporarily for business, treatment, tourism, vacation, work, or study.

Most commonly issued US Visas

Here are the most commonly issued US Visa types

The US visitor visas are issued to those who intend to visit the US for a maximum of six months. They include,

The US Student Visa is classified into two; the F and M visas. Your field of study and choice of school will determine the category of the US student visa you’ll need. The categories are:

The exchange visitor visas are issued to those who participate in exchange programs and some type of practical training or temporary employment within the US. They include,

These visas are issued to those who intend to work temporarily in the United States. They include,

These visas are issued to those who have treaties of commerce and navigation in the US. They include,

The following are categorized under the Diplomatic and Official Visas.

Visas for Victims of Crime and Human Trafficking

These visas are issued by the US Embassy to victims of crime and human trafficking in foreign countries. They include,

These are the categories under this type of visa:

These are the categories under this type of visa:

The following are categorized under the Finance and Spouse Visas.

The following are categorized under the Employer-Sponsored Visas.

This Visa is issued to citizens who come from countries with low immigration rates to the US.

If a permanent US resident stays outside the US for more than a year, they will need an SB visa granting them entry into the US again.

There you have it all the different US Visa types issued by the united states and their use case, we at Immigly.com believe this US Visa types article was helpful If you feel the same way kindly share it across your social media outlets.