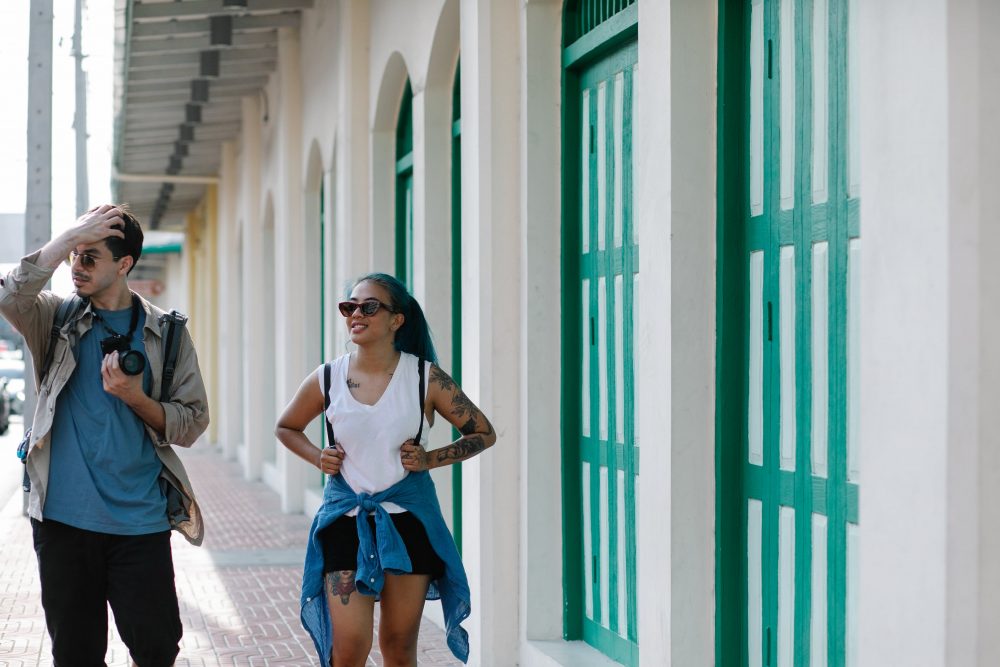 The dream of several individuals in the USA is to move to Canada. While this can be a life-changing experience for these individuals, it can also prove to be an exhausting and confusing phase.

Moving to Canada from the USA Frequently Asked Questions (FAQ)

Can I drive in Canada with a license issued by a USA?

Provided you are able adequate required driving experience, it should be easy for you to exchange your state-issued driver’s license for a license issued by the Canadian province you’re moving to. The precise requirements differ between the provinces.

Before exchanging your license, you will be granted the liberty to drive around in Canada on your US license for a particular period. Again, this is often determined by the provinces, which usually allow you to drive for 90 to 180 days on your US license.

How cold is it in Canada, really?

Just as you have heard and read from several publications, most of Canada experiences cooler weather than most of the United States.

However, Canada isn’t the land of igloos and perma-winter that’s sometimes presented to the planet earth, and most Canadian cities have a climate like some US cities, with four distinct seasons.

As a matter of fact, summer in some popular destination cities is often roasting, with humidity and high temperatures in the range of 90 Fahrenheit.

The climate of Toronto is similarly experienced in cities in upstate New York like Buffalo and Rochester and isn’t too different to Chicago.

Montreal experiences an identical climate to Minneapolis, and though it’s a couple of hours by road and slightly warmer, Vancouver and Seattle share damp winters and sunny summers.

Will I be covered by the general public healthcare system in Canada?

Healthcare in Canada is delivered through a publicly-funded system, administered by the provinces.

With insurance for public health, you don’t need to buy most healthcare services. Whether or not you’re covered by the healthcare system in Canada depends on two factors: your status in Canada, and your destination province.

If you’re a visitor to Canada, you’ll not be covered.

If you’re a foreign student on a study permit, you’ll be covered by the provincial plan, though most provinces require international students to clear out private insurance.

In many cases, insurance is provided through the institution (college or university) you’re attending, which can have a collaboration with a selected provider.

If you’re moving to Canada from the USA on a work permit, whether or not you’ll be covered by the provincial plan depends on the sort of work permit.

When you arrive in Canada as a foreign worker, you’ll need to wait up to 3 months to be approved for public healthcare after your application.

Therefore, it’s advised that you simply apply as early as possible and remove any policy for private insurance to offset the waiting period.

Note that workers in Canada under the SWAP Working Holiday program or the International Experience Canada (IEC) program must remove every policy for private insurance before their working papers could also be activated.

Canadian permanent residents, like Canadian citizens, are covered by the general public insurance in their province of residence.

New permanent residents are advised to possess private medical insurance to make up for the waiting period (typically three months, though this might differ by province) before being approved for public insurance

Can I bring my family to Canada?

US citizens can enjoy visa-free entry to Canada as visitors, allowing you and your family the chance to stay in Canada, ordinarily for up to a period of 6 months.

However, if you intend on moving to Canada from the USA as a permanent resident, foreign worker or international student, it’s important to understand which relations, if any, may accompany you.

For the aim of immigration, Canada considers accompanying relations to incorporate a spouse or common-law partner, also as children under the age of twenty-two.

Older children might not be included on an application to return to Canada unless a physical or mental condition allows for an exemption.

Parents, grandparents, siblings, aunts, uncles, nieces, nephews and other relatives aren’t eligible to be included on the application.

Accompanying relations could also be included on an application for permanent residence or for a study permit, along with some variety of work permits.

If you’re unsure about your or your family’s eligibility to gain entry to Canada, it is suggested that you simply speak to a regulated immigration representative for information and advice on your specific situation.

Will I Even Have to pay Income Taxes in Canada, the US or Both After Moving to Canada from the USA?

The short answer is both if you’re considered ordinarily resident in Canada, and just the US if you’re not

Abruptly, you’ll be considered a standard resident in Canada for tax purposes if Canada is the place where you regularly live.

So, if you’re employed in Canada, own or rent a property there and have dependents or a spouse or common-law partner, then you’ll be deemed as a standard resident of Canada.

By contrast, you’ll be considered a non-resident in Canada for tax purposes if:

If you’re an American citizen considered to be ordinarily resident in Canada, you’re obliged to pay Canadian taxes, including filing taxes within the US.

Nonetheless, the great news is that actually a few Americans living and dealing in Canada do pay tax in both countries.

This is usually due to the Foreign Earned Income Exclusion (FEIE). The FEIE allows you to exclude the primary $107,600 USD earned from US tax by demonstrating that you simply resided in Canada a minimum of 330 days a year.

This insinuates that provided you earn nothing more than $107,600 USD per annum, you won’t need to pay taxes within the US.

However, if you happen to earn more than $174,600 USD per annum available under FEIE exemption, or provided you have earned ‘non-wage’ income, the Foreign decrease can make sure that your income doesn’t get taxed twice.

Can I bring my pet(s) to Canada?

Yes, you can. But you’ll need to prepare properly to ensure that your pet can cross the border to Canada with you stress-free.

Generally, most pet entry to Canada is overseen by the Canadian Food Inspection Agency (CFIA), so you have to read the CFIA guidelines carefully.

As a rule, you’ll need one or more of the subsequent when bringing a pet to Canada: an import permit, a health certificate and a visible inspection.

Simple tips like contacting your airline, if you plan to fly, to get an idea of its particular pet policies may be a good start while ensuring that you simply have all relevant documents is also ideal in order to prevent wasting time and stress.

In addition, have it in mind that Canada doesn’t consider the pets coming from the US as being rabies-free, so confirm that you already have documents to prove your pet is rabies-free when crossing the border.

Also, bring a dog or cat along with you will be ordinarily easier than bringing an iguana or even a rabbit.

However, ensuring that your pet is vaccinated and rabies-tested about a year before arriving in Canada, and sourcing all qualifying paperwork beforehand of departure, should make your movement easier for you.

Where should I move to in Canada?

Canada’s 38 million inhabitants reside mostly in cities and towns on the brink of the US border, with around three in four living within 100 miles (160 kilometres) of the border. See what to do once you arrive in Canada.

Canadian cities are diverse and offer a variety of advantages for recently arrived Americans. We have written an article on the best places for Americans to stay in Canada.

If you’re trying to find a fast-paced ‘big’ city, then Toronto is perhaps your best bet.

Toronto has something for everybody. If you would like to merge an enormous city feel with some incredible scenery on the doorstep, then maybe a move to Vancouver might be perfect for you.

However, if you would like a city that permits you to learn a new language and live and work in an original multicultural melting-pot crammed with festivals and culture, then Montreal seems like where you ought to aim for.

Along with the “big three” (Toronto, Vancouver, and Montreal), there are a variety of smaller but nonetheless impressive Canadian cities.

In the case of an instance, if you’d sort of a coastal city with a slower pace of living and milder winters, then Halifax, Nova Scotia or Victoria, British Columbia could fit into the picture.

Alternatively, if you would like to embrace the thrill of the fastest growing city in Canada while also taking advantage of the incredible mountain and lower taxes, then Calgary might just be perfect for you.

How am I able to get Employment in Canada?

The job-hunting process after moving to Canada from the USA is sort of similar to the method for seeking a job within the US, with both countries having growing market economies.

If you would like to kick-start your job search before or soon after arriving in Canada, we recommend you start by using the work resources on Immigly:

Will I be allowed to move to Canada from the USA if I even have a Criminal Offence or Conviction on my Record?

Individuals interested in travelling to Canada from the USA but have an offence on their record might be criminally inadmissible into Canada and need special permission to enter.

Even a DUI (driving under influence) conviction could lead to inadmissibility to Canada.

Depending on the crime you’ve committed, back when it happened and how you’ve been behaving since then, you may still be admissible into Canada if and only you:

Will my child born in Canada be a US citizen, a Canadian citizen, or hold dual citizenship?

This is ordinarily a common concern amongst Americans moving to Canada from the USA.

Children born in Canada are Canadian citizens from birth, irrespective of the nationality and immigration status of the parents.

Children born outside the US and their outlying possessions may be considered US citizens on the basis of the parents’ citizenship and former residency within the US, including the status of the relationship.

Both Canada and the United States recognize dual citizenship, therefore, your child could also be a citizen of both countries from birth.

At the end of reading through this well-detailed article, we at Immigly hope we have done justice to addressing every one of your concerns as regards moving to Canada from the United States.