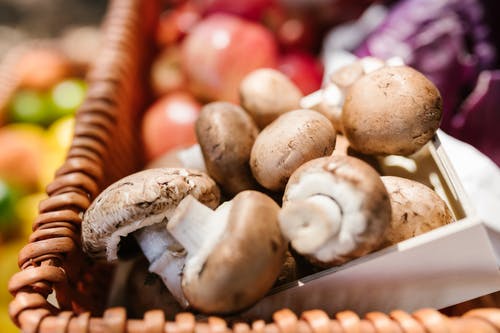 The agriculture and agri-food industries are crucial contributors to Canada’s economic progress and vitality, supporting around one in eight jobs in Canada. Agricultural exports hit an all-time high in 2018, reaching $66.2 billion.

The goal is to help the agri-food sector usher in full-time, non-seasonal foreign workers needed to fill growing labour gaps.

This new pilot aims to draw in and retain workers by providing them with a chance to become permanent residents following an initial two-year stint on a short-term working permit, rather than having to renew their work permits repeatedly.

A maximum of two thousand, seven hundred and fifty (2,750) principal applicants, plus relations, are going to be accepted for processing in any given year.

This represents a totality of approximately 16,500 possible new permanent residents over the three-year duration of the pilot.

Who is Eligible for Canada’s Agri-Food Immigration Pilot?

Eligible industries for the Agri-Food Immigration Pilot are

Industries are classified by the North American Industry Classification System (NAICS). you’ll see specific industry definitions by searching the industry codes below on the NAICS website.

Eligible jobs for the pilot are classified by the National Occupational Classification (NOC) code. You will see the duties for every job by searching the NOC database.

For greenhouse, nursery, and floriculture production, including mushroom production (NAICS 1114), eligible jobs are

You must have a real job offer from a Canadian employer. This job offer must:

You must score at the very least of levels, Canadian Language Benchmark (CLB) of Level 4 on an approved language test in either English or French.

Minimum completed level of education like a Canadian high school diploma (or higher). Education completed outside Canada must be supported by a legitimate Educational Credentials Assessment (ECA).

You must prove that you have sufficient money to support yourself and your relations upon settlement in Canada.

How to Apply For Canada’s Agri-Food Immigration Pilot?

If you meet the program requirements listed above, then you’ll submit your application for permanent resident status to IRCC.

In order to be qualified to submit an application, it is necessary for the applicant to compile an in-depth application using the guide for application and forms available on the official Agri-Food Immigration Pilot webpage.

You will need to provide documentary evidence that you meet all of the program’s requirements.
upon completion of your application, you’ll be required to submit the application in a hard-copy text by mail to the address listed on the Agri-Food Immigration Pilot webpage.

How does the Agri-Food Immigration Pilot work?
Employers within the agri-food sector who took part in the pilot are eligible for a two-year Labour Market Impact Assessment.

To supplement the pilot, Employment and Social Development Canada are introducing changes that will benefit meat processor employers who are supporting temporary foreign workers in transitioning to permanent residence:

Why Did Canada Create the Agri-Food Immigration Pilot?

With permanent resident status, foreign workers would have access to more of the social programs they assist in paying for through taxation, like Employment Insurance and the Canadian pension account.

With the agri-food immigration pilot, more workers will have the ability to plan long-term settlements in Canada, instead of a short-term stint with little-to-no hope of settling permanently.

When the agri-food immigration pilot was first proposed earlier in 2019, it had been welcomed by bodies like the Canadian Federation of Agriculture (CFA), with CFA President Mary Robinson stating, “If you’re a farmer and you don’t have secure labour, then you’re less likely to make investments in your industry and you’re less likely to expand your business.

“We know that labour is a limiting factor for tons of agriculture industries in Canada,” added Robinson. “It was reported in 2014 that approximately 26,400 jobs were left unfilled and that we lost 1.5 billion dollars as a result.”

The pilot was designed as a collaboration between Agriculture and Agri-food Canada and Employment and Social Development Canada (ESDC).