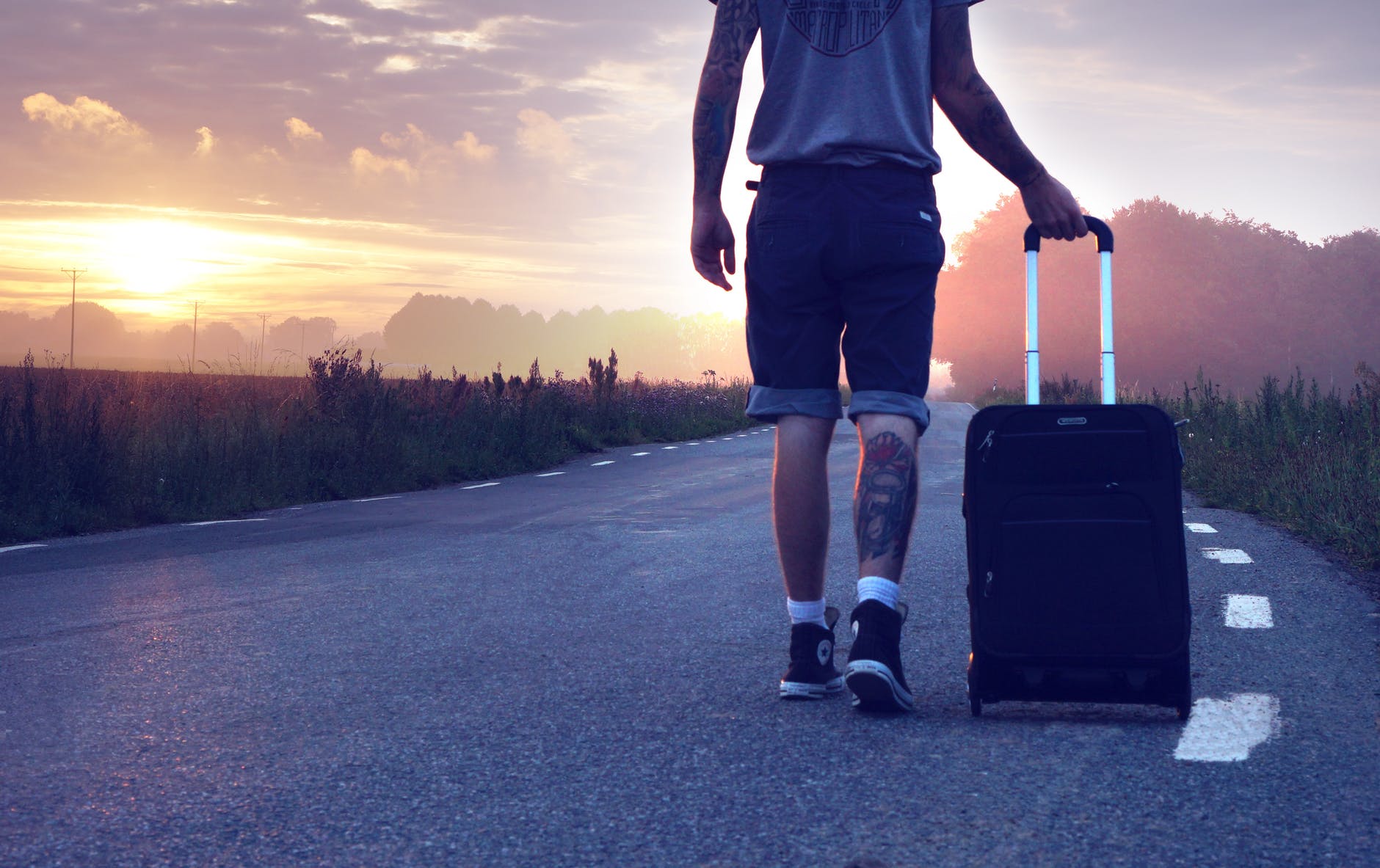 It can be said that if you have been convicted for DUI, your entry to Canada is on the line. Driving Under the Influence (DUI) is a criminal offence associated with drunk driving. DUI seeks to regulate the operation of a vehicle under the influence of alcohol or other drugs (recreational drugs or even those prescribed by physicians) to a level that renders the driver incompetent of operating a motor vehicle safely. A driver is charged with DUI if the Blood Alcohol Concentration (BAC) is up to 0.08 and above, although this varies from country to country.

Despite meeting eligibility requirements, foreigners from any country may still be criminally inadmissible to Canada due to previous criminal conduct, or the criminal conduct of their dependents. In particular, if you are convicted of a DUI, entering Canada may be made more difficult.

A person charged with DUI on his record in the last ten years, or more than once ten years ago or longer, is automatic “criminally inadmissible to Canada.” This implies that if you try to enter Canada from the USA or any other country with these convictions on your criminal record, you will almost certainly be refused entry into the country.

The restriction into Canada does not imply only DUI charges but to felonies and misdemeanours also. When entering Canada, you should bear in mind that at the border, the customs officer will frequently ask if you have been convicted of a crime.

Bear in mind that no matter how small or minor the crime still counts, and it is a federal crime to tell lie to the border officer. It is therefore important, to tell the truth if you have any criminal convictions. It is left for the officer whether to admit you into Canada or determine that you are inadmissible.

Tips For Entering Canada With A DUI

Entering Canada With A DUI Infographics

December 18th, 2018, the Canadian criminal code was amended to carry more severe immigration-related consequences for both permanent residents and foreign nationals convicted of an impaired driving offence. To this effect, impaired driving is considered a serious criminal offence, making an increased maximum sentence from five to 10 years.

This has several implications under Canada’s Immigration and Refugee Protection Act (IRPA), which states that;

A permanent resident or foreign national is deemed inadmissible to Canada if he or she is convicted of an offence that is considered “serious criminality.”

How To Overcome DUI And Criminal Inadmissibility to Canada

Criminal inadmissibility can be overcome temporarily by obtaining a Temporary Resident Permit or permanently by Criminal Rehabilitation.

A Temporal Resident Permit (TRP) is a temporary solution that will allow a person that is charged with DUI to enter Canada for a particular reason. The reason for the visit must be clearly explained in the application for a Canadian Temporary Resident Permit (TRP). It can be granted for anywhere from a few hours to multiple entries for up to three years. Applying for a TRP, the applicant needs to be clear about why and when you need to come into Canada in order to increase your chance of getting the permit that covers all the entries you will need to make.  A TRP can be applied in two (2) different ways:

A person with DUI entering Canada with an urgent application can be put together in about two to four months. This could be faster if the applicant has his or her court documents. It is required that you take the application to the Port of Entry whether it is a land border crossing or customs and immigration area for the airport. You would then need to wait for the officials to determine your application, which could take a few hours.

Going through an urgent application is not the recommended route in many cases because the border officials have the power to deny your application. Therefore, it is important to have a genuine and urgent reason when attempting this.

Applying for a TRP through Canadian Consulate is a genuine and safer route. This process requires a longer time, but you will have a better chance of success because the officials will have time to complete their investigation. This process can take up to a year to get the TRP. The primary benefit of consulate TRP is that you won’t risk losing your deposits or wasting your airfare in the case of a denied application. The government application fee for a TRP may cost up to $200.

This is the process of eliminating the reason that one is inadmissible to Canada such as criminal conviction. In order to be eligible to apply for Criminal Rehabilitation, a period of 10 years must have elapsed since the completion of the probation or sentence imposed for the DUI.

If you become rehabilitated, you will never need to apply for another TRP to enter Canada even if you have convicted of DUI in the past.  Applying for the Criminal Rehabilitation application can take about 18 months to complete and will cost $1000 for the government application fee.

To be eligible to apply for Criminal Rehabilitation, 10 years must have passed since the sentence was completed including payment of fines, community services, attending probation classes, and any other conditions which may have been imposed by the court.

An American may be “deemed rehabilitated” if they only have a single conviction that is not considered serious criminality in Canada and enough time has passed since the completion,  of all sentencing including payment of fines and probation. This applies to American and non-American citizens too. Prior to December 2018, if a visitor could prove it had been more than ten years since the sentence was finished, and he or she had no other convictions, Canadian authorities may disregard an old DUI and grant the person entry into the country

If you are arrested and/or convicted of driving under the influence which includes DUI, DUAI, and/or DWI, your entry to Canada is automatically barred a minimum of 10 years.

It doesn’t matter if you were arrested or convicted, in any way, you will be inadmissible to Canada. The Canadian government will continually exclude you from the country in as much as the DUI charge is still pending. However, a DUI can no longer be used as grounds to deny entry to Canada If the DUI charge ultimately results in a dismissal.

Pertaining to the laws of the United States and other countries, the extent of the seriousness of a DUI charge is irrelevant for Canadian immigration purposes. In this sense, even charges considered as traffic infraction such as DWAI is able to prevent you from entering Canada.

It is possible to enter Canada with a DUI on your record. But this process requires a highly complex legal involvement and a great deal of planning and effort. You can see this post on deemed rehabilitation.

There are ways to enter Canada with a DUI, you will have to apply for and finally received permission from the Canadian immigration authorities. This involves (1) applying for a Temporary Resident Permit (TRP) or (2) submitting a Criminal Rehabilitation application. Visit this section of this post for more details.

A Temporal Resident Permit (TRP) is a temporary solution that will allow a person that is charged with DUI to enter Canada for a particular reason. The reason for the visit must be clearly explained in the application for a TRP. It can be granted for anywhere from a few hours to multiple entries for up to three years. Applying for a TRP, the applicant needs to be clear about why and when you need to come into Canada in order to increase your chance of getting the permit that covers all the entries you will need to make.  A TRP can be applied in two (2) different ways: See details here.

This is the process of eliminating the reason that one is inadmissible to Canada such as criminal conviction. In order to be eligible to apply for Criminal Rehabilitation, a period of 10 years must have elapsed since the completion of the probation or sentence imposed for the DUI. This is also applicable to other serious offences, such as those that cause bodily harm or those that involve the use of weapon requires criminal rehabilitation. Goto this section of this post to read more.

If an individual’s DUI conviction is over 10 years old, the individual may be “deemed rehabilitated”. This is automatic by the passage of time and not required to apply for a TRP or submit a Criminal Rehabilitation application. It must have been over ten years since the completion of all conditions associated with your DUI conviction, and there must have been no subsequent arrest or conviction for a separate DUI offence since the initial charge.

If you have any questions or inquiries, you can use the comment section or contact us using our contact page, and we will be glad to hear from you.