Toronto is the capital of Ontario, and it is situated at the northwest shore of Lake Ontario.  Toronto can be located in Southern Ontario, with the territory of Quebec being found on the east and New York and Michigan to the Southeast and Southwest respectively.

Ontario to the US border would be around a 2-hour drive, making it pretty close to the Unites State Border. 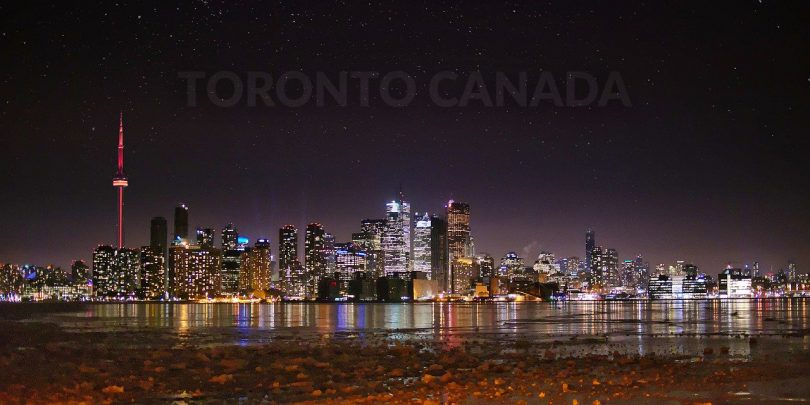 Toronto, being the biggest city in Canada, and also among the largest cities you have in North America such as Mexico, Los Angeles, and New York, has a total population of 3 million people.

While the Greater Toronto Area (GTA), has around approximately 6.5 million people, which stretches to the shore of Lake Ontario.

It is one of the cities with diverse cultures in the world. This has made living in Toronto an awesome experience for everyone.

It should be noted that over 140 dialects and languages are spoken in Toronto, and nearly half of the total population in this city are foreigners. The city provides many economic values to Canada.

There are four seasons in Toronto such as winter, autumn, spring, and summer. One should expect four months of winter from December to March.

Sometimes, the temperature can be low, and at other times high. The spring season occurs around April and May before the summer comes with intense heat.

During the summer, the weather can be so humid creating a hot environment.

Cost of Living in Toronto

When you are living in Downtown Toronto, you should be ready for the high cost of living. House rents are one of the highest expenses in Canada, and other monthly expenses such as groceries, transport, and phone cards. Fortunately, the wages in Toronto are good across different work sectors.

The current minimum wage in Toronto is CAD$15 across all government jobs.

A bottle of beer in Toronto is within the range of CAD$7 &$10, and this depends on where you are getting it from. Another thing worth knowing is about buying an apartment because you have to look for a way to get your furniture too.

Some Things to do Once You Enter Canada

Going without a car is advisable for different people living in the city of Toronto, as most people live without having their personal vehicles.

Luckily, there is public transport which is operated by the Toronto Transit Commission (TTC) and takes you to any axis within Toronto.

There are two major subways in Toronto and they are Line 1 North/ South, and Line 2 East/West. Public transport seems to be cheaper compared to having a car.

The city provides a good environment to train up children and gives them extra benefits to know diverse cultures.

They have good childcare which makes it become one of the most expensive in Canada. Moreover, for infants, it is going to cost an average of approximately CAD $1,758/month.

The different diverse culture in Toronto offers different meals for any budget. Nearly, all restaurants serve food, and it is normal to begin a day with a meal and drinks.

There are different places to eat in different neighbourhoods. If you are stuck to a specific restaurant to gives you the food you like and fits your budget, then you have not explored the neighbourhood of Toronto.

The summer and winter seasons are times when there are taste-licking delicacies.

There are also weeks one in the summer season and one in the winter season to enhance the hospitality industry where over 200 restaurants across Toronto participate. The restaurants offer meals at a reduced rate.

Toronto is known for having great bars and nightclub scenes. There are many options and venues to suit all tastes.

King West is home to many bars and typically has more of a young professional vibe, whereas the scene on Queen West tends to be more indie.

The strip on Ossington, from Dundas Street down to Queen Street is another area with a host of options.

The east end tends to be home to more local bars, as opposed to nightclubs which are typically in the downtown or western part of the city.

The LGBT screen is being on the background in the Chuy and Wellesley intersection, with other loads of clubs and bars to pick from.

During the summer season, there are different festivals that come every weekend. Here, are some of these well-recognized festivals in Toronto.

Biking is so common for people living in Toronto, and it is even normal to bike during winter as long you have the right to protect yourself from the cold.

There are also rules and regulations in cycling a bike in Toronto. There are different systems of ravines where people can cycle their bikes for long distances on bike paths.

If you want to cycle in Toronto, you need to buy the proper gear such as helmet, rear and, front lights, brake. By doing this, you are protecting yourself from an accident.

The PATH in Toronto

It is an underground network of more than 30 kilometres worth of entertainment, services, and shopping. Here, the network has more of the downtown core with a route to many subway stations.

It can be so hard for newcomers to find their way through; because there is a probability they might get lost. If you know this route in Toronto, it will make life in Toronto enjoyable.

The People in Toronto

Torontonians are not friendly people or show regret over an offence. Living in a big bustling city, people are hardened after their experience in this city.

That being said, the Torontonians are still nice, and they have a relaxed attitude most times. Many people identify with Toronto, instead of Canada. Toronto has more diversification than other cities in Canada.

Some people want to be known with the Toronto idea of being a Torontonian. The rapper Drake is from Toronto, and they are very proud of him.

Toronto is a great place to live and has a welcoming environment. The climate, food, nightlife, festivals, and other activities make it stand out.

Coming to Toronto for the first time may seem uniquely strange, but as you spend more time in Toronto, you get to enjoy the spices it offers to your livelihood.