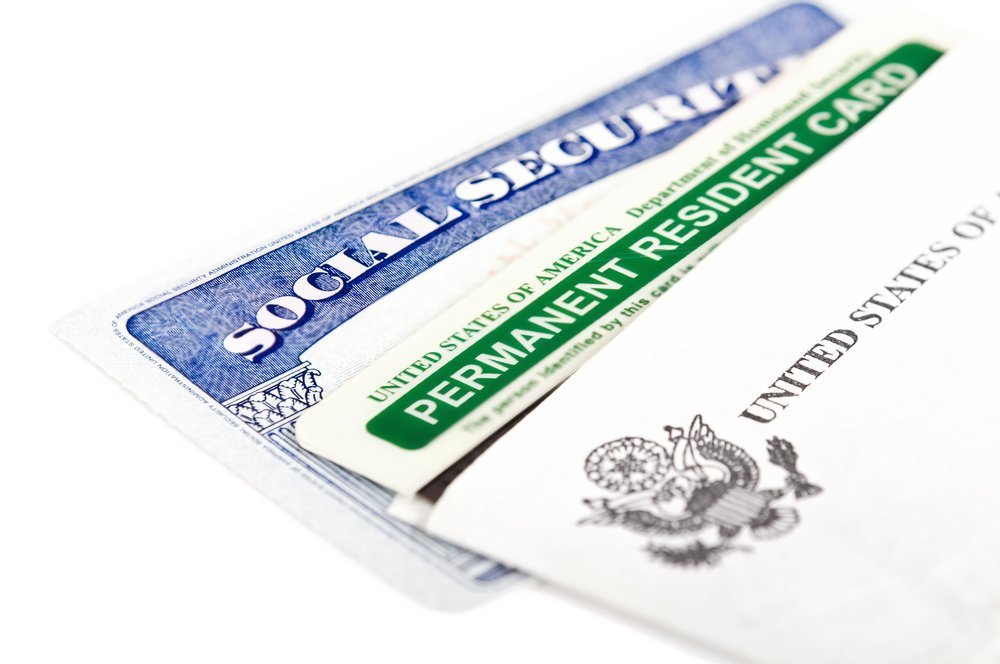 A permanent resident card is also known as a green card. It is a document containing an identity about a person, which shows that the said person is permanently resident, lawfully in the United States.

Functions of a Permanent Resident Card

This permanent Resident card allows a person who is hitherto not resident in the US to become full citizens, as such enabling them to enjoy all the benefits attached to being a citizen. Benefits such as living and working at will, anywhere in the country.

However, those who are younger than 18 years old automatically get US citizenship when they have at least a parent who is a US citizen.

The card is popularly called a “green card” because of its historic green color. It was formerly known as the “certificate of alien registration”.

This Permanent Resident Card allows a person to stay in the US without being arrested, but on the account of the absence of a green card or usage of a fake green card, the person could end up in jail for up to 30 days.

To avoid this, one has to be sure when getting this green card as well as avoid being fraudulent intentionally.

Although known as Permanent Resident Card, Green card holders actually only have the privilege of being US citizens for five years after which they are entitled to apply for Citizenship.

This will only be granted after they must have resided in the country for at least five years, and they must present proof of, while also stating that within this said period they were of good character with no criminal records.

Although most information can be seen on the card, there is however some information that is not self-evident such as computer and human-readable signature. This is where one will require several tips and information to decipher which is fake and which is not.

Spotting a fake permanent resident card is not as easy as it seems, but when you notice typos and inconsistencies on the card, then it’s a sign that it is fake. However, when there’s the absence of typographical errors or inconsistencies in spelling, there is other information to look out for on a permanent resident card to identify if it’s fake or not. They include;

The INS ceased to exist and stopped activities in 2003, then in 2004, the Permanent Resident Card was revised. Therefore, cards issued after 2003 does not contain any references to the INS, rather it has the seal of the DHS ( Department of Homeland Security).

When the card is the wrong version of the time period with which it was issued, then it is fake

When the Card’s USCIS number is inconsistent

As of May 2010, the USCIS began issuing numbers that also serves as cardholder’s alien registration number. This number is also located at the back of the card.
If the USCIS number on the face of the card does not match the one at the back, then it’s fake.

Inconsistency of the date of birth

The date of birth on the front of the card should also be the same as the one listed at the beginning of the second line of “code” on the back of the card.

Since 1979, the form number issued on all permanent resident cards is 1- 551. Recently, these numbers are printed on the back of the card in the upper left corner of the card. However, if the number on the green card comes off as “one”- 551, then it’s fake