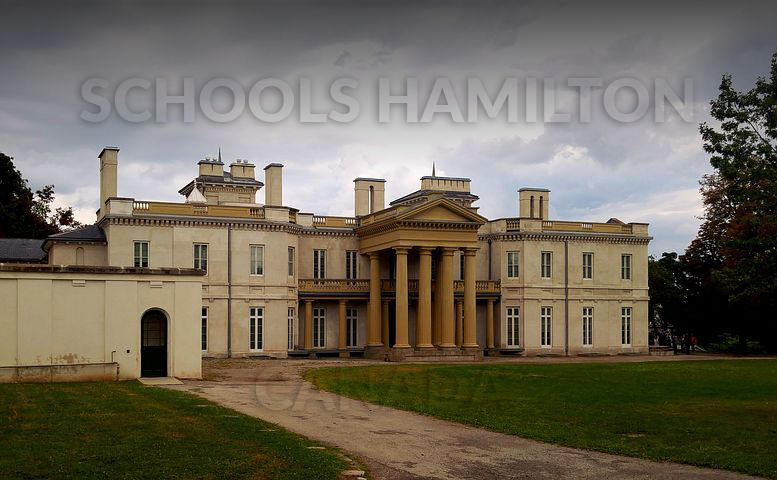 Hamilton is a city located in the province of Ontario, Canada, and also an industrialized city. The city has a total population of approximately 536,017 people.

The city is 58 kilometres away from the Southwest of Toronto. This happens to be where the Greater Toronto and Hamilton Area were formed.

On January 1, 2001, the present borders of Hamilton were formed by the process of amalgamation of the original city with some municipalities located at the regional municipality of Hamilton, and residents in this city are called Hamiltonians.

Right from 1981, the metropolitan regions have been listed out as the ninth-largest in entire Canada and also the third-largest in the city of Ontario.

When it comes to education, Hamilton happens to be close to the Royal Botanical Gardens, with other notable places such as the Bruce Trail, McMaster University, Mohawk College, and Redeemer University. McMaster University is ranked 4th in the country of Canada and 77th in the entire world by Times Higher Education.

Hamilton welcomes students from across the world. It provides a broad range of choices for secondary and post-secondary study options and outstanding avenues for study and living and finds a good job after graduation. In Hamilton, overseas education is more than just a mere study.

Studying in Hamilton as a foreign student provides exposure to different ideas, cultures, and people. This is based on the fact you will be interacting, travelling, working, and even living in a new environment. You will be able to find it interesting to find other cultures that grab your attention and also learn new skills.

Most of the education in Hamilton has a foreign student office in order to assist students’ transition. This helps them adjust to living in Hamilton comfortably, and also build connections for themselves within the community.

There are over 200 neighbourhoods in Hamilton with many homes erected during the Victorian era still intact. We are going to look at three neighbourhoods and here they are:

This is situated in the Dundas Valley, very close to McMaster University, with few streets, different single-family residents from apartments that were built in the 1960s to modern condos, and student housing.

Residents in Dundas enjoy the serenity from these streets with the 19th-century architecture with different recreational centres, shopping malls, culture centres, and others.

This neighbourhood has a historical background where their housing prices have been raised by approximately 70 per cent.

It is located close to the downcore, and residents have two options to choose from neighbourhood’s historic mansions or luxury condos. Durand has other side attractions such as shops, golf courses, restaurants, parks, and others.

This neighbourhood is still growing with a close to Highway 403, the Locke Street Area, and McMaster University. The neighbourhood has a lively shopping centre and also a neighbourhood affiliation that is committed to improvement initiatives in Hamilton. This affiliation was the top organization that was behind changing downtown James Street into a free car park for pedestrians and cyclists.

Different Things to do in Hamilton

One of the things that will attract you to Hamilton is the scenic beauty. It has over 100 waterfalls and cascades in the city. Most of them are close to Bruce Trail on the windy path by the Niagara Escarpment.

The Bruce trail is a well-known place where hikers and cyclists go to explore.

Some of these historical sites in Hamilton are the Royal Botanical Gardens, Dundurn Castle, and the Canadian Warplane Heritage Museum.

Art lovers will find the city (Hamilton) interesting, because of the various art galleries. The McMaster Museum of Art has different historical works, German expressional prints, modern and contemporary arts.

Cost of living in Hamilton, Ontario

The cost of living in Canada varies from place to place. Living in Hamilton is affordable due to its growing population, investment, and development in the region.

This has brought massive job opportunities and reduced the rate of unemployment down to 4.6%. The city has a growing appeal for foreigners who want to start a new life in Canada. this is quite different from the cost of living in Toronto due to factors like population, development, etc.

Hamilton has moderate weather and climate interchangeably. The month of June happens to be the warmest month with a temperature averaging 22.0°C. While in winter the temperature drops in December and January to about -5°C. Moreover, temperatures can change unexpectedly depending on the region.

The airport in Hamilton known as John C. Munro Hamilton International Airport is located at a higher altitude than other places in the entire city. This has made it result in lower temperatures, higher winds, and high amounts of rainfall.

The community in Hamilton has four different school boards.

This school board teaches nearly 50,000 students located in 114 neighbourhood schools. The programs available are 18 secondary and 96 elementary schools. There are also alternative programs such as science, languages, sports, academics, and language which are available.

This board offers over 29,000 secondary and elementary students at 55 schools, and 10,000 people with the help of St. Charles Adult and School of Continuing Education Centres.

This board offers over 15,500 students in 10 secondary and 45/elementary schools in an area that extends from the Niagara Peninsula to Peterborough, from Lake Toronto to Georgian Bay.

This city houses a number of excellent post-secondary institutions that have a good reputation globally for their research and providing business with an adequate labour force that is educated, and this includes McMaster University, Mohawk College, Redeemer University College, McMaster Divinity College, Brock University, and Hamilton Literary Council. This is one of the reasons you should study in Canada.

This institution has 30,000 undergraduate and graduate students who are engaged in studying and carrying out research that centres on community engagement and involvement. There are 7,500 faculty and staff workers with partners all over the city to combine the work of the institution with the demands of the city.

It educates over 17,000 full-time and apprenticeship students at the other three campuses located in Hamilton. It has been recognized as a top leader in technology and health education. It has been able to achieve this satisfactory score among all the colleges in Greater Toronto and Hamilton Area for good four consecutive years.

This institution provides Bachelor of education, Arts, and Science degrees with majors in over 30 disciplines. The institution is a Christian university that provides over 900 students with the opportunity to explore the relationship between learning and faith via a Christian perspective.

The mission of the institution is to enhance effective evangelical Christian leaders for the society, academy, and church through university-level professional training and support. The college admits students to various programs such as Master of Theological Studies, Master of Arts in Christian Studies, Doctor of Philosophy, Master of Divinity, and Graduate Diploma in Ministry.

The university opened a satellite teacher’s college located in Hamilton. It has a faculty of education that comprises continuing education, and graduate studies in education.

This nonprofit organization offers basic grade 1 to 5 training in writing, reading, and maths to adults in Hamilton. The service is private, one-to-one, and free training.

Since the inception of this council in 1973, it has helped many adults with their literacy skills.