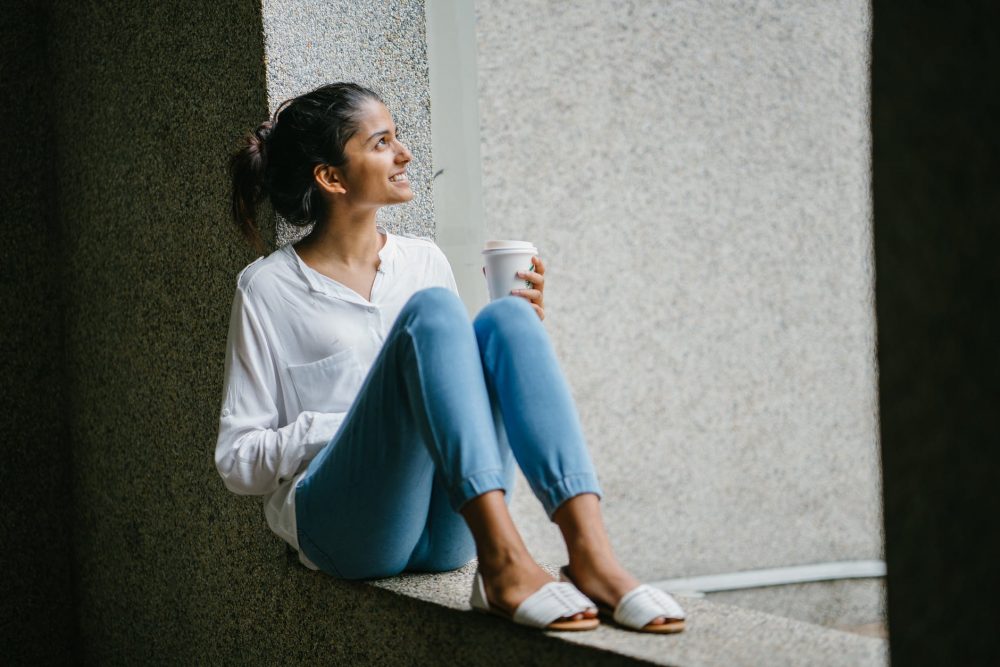 Immigrants from India have been part of life in Canada for over a century now. Let’s delve into a little history lesson here, the first recorded documentation of Indians in Canada goes as far back as 1904, just imagine that.

During that period, most of the Indian newcomers to Canada were part of the Sikh community seeking to begin a new life on British Columbia soil.

Let’s jump over 100 years and talk about recent figures. By 2020, there were over a million Indian citizens in Canada.

There was a census by 2016 in Canada and the headcount of Indian citizens who have settled or are naturalized in Canada as permanent residents were almost 670,000. And since that time, over additional 200,000 Indians have gotten permanent resident status, while recent data shows that as of June 2021, there are almost 220,000 international students from India in Canada.

If every other visa and permits types held by Indians are all added to the mix, lots of whom would eventually transition into permanent residence status, the total no of Canada’s Indian community would be equivalent to that of the capital city, Ottawa.

Fortunately for us, we’ve come to the end of our brief history and statistics detour, and the basic essence of the detour was to show you that every metric of judgment indicates that the Indian community in Canada would continuously grow in the years to come.

The Canadians of Indian descent and first-generation Indians are usually found in every city and province across the country, but there are some destinations that have more concentration of them or may we say are more popular among the Indians in Canada and today we’d be discussing those places, fasten your seat belt as we take you across the best Canadian cities for Indian migrants.

Toronto houses the most Indian migrant and from all indications the depth and scale of the Indo-Canadian community in Toronto are huge, so it would be taboo for us to begin this review of the best Canadian cities for Indian immigrants anywhere else.

The city of Toronto has been a key magnet for Indian immigrants over the years. Well, it should be as this city is regarded as Canada’s economic engine.

The same city still houses some of the world’s top schools and universities, and in 2019, the city’s adored Raptors were National Basketball Association (NBA) champions for the first time ever.

With Nav Bhatia, a super fan and Toronto businessman riding the shotgun on this success. He immigrated to Canada in 1984 from India.

Indians who have contributed to help make Toronto the successful multicultural melting-pot it is today just in sheer number is 79,225 to be exact, that is nothing less than outstanding if you ask us.

The aforementioned no doesn’t include the multiple numbers of people who claim to be of Indian heritage.

Despite all things mentioned above, it is of crucial importance to bear in mind that you don’t have to be a successful business person or a superfan like Nav Bhatia to have a very full and robust life in Toronto.

However, If there is one thing you would need to live a fulfilling and happy life in Canada, that would be a solid salary or at least a reasonable amount of savings for settling into life in Canada after your arrival.

From multiple sources of people who have recently moved to Toronto, Canada from India, the recommended minimum amount is around 15-20 lakhs for a family of three, which is about $25,286-33,707 CAD after conversion.

This figure is higher than the official settlement funds required by the government to be shown in order to facilitate your move to Canada as a skilled worker via the Express Entry program.

Doesn’t really matter how you want to look at it or what metric you want to judge with, fact is, the general cost of living in Toronto is on the high side.

The price of a single-bedroom apartment in the city centre according to Numbeo is approximately $1,940 CAD monthly by August 2021.

A monthly transport pass is exactly $156 CAD monthly, and private childcare for one child would be setting parents backward around $1,700 CAD monthly.

There’s a way out thought for those willing to stay not far away from Toronto but don’t want to churn out all this money, that way out is the smaller cities in Greater Toronto Area (GTA). As a matter of fact, a major percentage of the Indians that settled in the GTA stay outside of the city of Toronto itself.

We mentioned how Toronto is Canada’s economic engine earlier, what we never mentioned was the GTA been the heartland of Canada responsible for creating all kinds of jobs in its cities from Brampton to Oakville, and with lots of tech companies now turning their sight to the virtues that the wider GTA has to offer, the GTA is rapidly becoming a gigantic hub for Canadian newcomers, especially Indians.

The Indo-Canadian communities in cities like Brampton, Mississauga, and Markham are not a recent phenomenon. As a statement of fact, they have been based in those areas for over four decades, although there has been considerable growth in recent years.

Let’s use Brampton, as an example. As of 2016, Brampton had about 123,000 Indians settled there, and thousands more have since settled there.

When you factor in all the temp workers and foreign students, not including the thousands who are first or second-generation Indian, in a city with a total population not so higher than half a million in total, you’d generally get the idea why it’s a great location for Indian immigrants.

As for Mississauga, much like the story of Brampton during the census in 2016, there were about 55,000 Indian immigrants settled in Mississauga, this implies this destination has one of the strongest Indo-Canadian communities in all of Canada.

It is paramount to know that the above figure only covers permanent residents and citizens, so if temporary workers and students are factored in, the figure would exponentially increase. That year alone Indians made up a total of 27% of the new permanent residence arrivals in Mississauga.

One of the greatest edges that Brampton, Mississauga, and other cities in the outer GTA have over Toronto itself is the cost of living.

A single-bedroom apartment in Bramptons city centre would cost you around $1,668 CAD monthly, while the same location in Mississauga can be secured for around $1,900 CAD monthly.

Firstly, I must tell you that Vancouver is such a lovely place, you can never get tired of the views and scenic landscapes.

Reeling back from our amazing detour of Vancouver’s natural beauty, we feel obligated to let you know that some of the very first Indian immigrants to Canada came into this country through Vancouver, and more than 100 years have passed, yet the relationship between Vancouver and newcomers from India has remained strong.

There are currently over 125,000 Indian citizens permanently based in Vancouver and its surroundings.

Vancouver has this undoubted allure from Indian newcomers. Maybe it is because the city is a big player in the visual effects and movie industries, or maybe because it offers a wide array of employment opportunities in engineering, health sciences, construction, financial services, and much more, or might even be the preference by employers for highly-skilled Indian graduates who’re motivated and experienced. One thing is sure, and that is we at immigly.com don’t know.

But what we do know is, if you factor in the temperate climate that Vancouver offers as well as jaw-dropping natural beauty for lovers of outdoor activities, it would be very easy to see why lots of newcomers from India have chosen the largest city in British Columbia as their new home away from home.

The one drawback Vancouver has is its accommodation. Purchasing or renting properties in Vancouver doesn’t come cheap at all. A single bedroom apartment in downtown Vancouver according to Numbeo costs around $1,700 CAD monthly, while the price for buying a square meter of a property is approximately $11,629 CAD in Vancouver, British Columbia.

Lastly, the Indian heritage in Vancouver is very strong. So strong that the first person to lead a major Canadian political party and has Indian Heritage in Canada was from the Greater Vancouver Area.

The leader of the New Democratic Party (NDP) Jagmeet Singh is the representative for Burnaby South and also the very first person of colour to hold a position of leadership in one of Canada’s so-called ‘big three’ political parties.

When judging from the outside, this may feel like an uncommon destination for Indians immigrants in Canada. After all, this is the place where cowboys, double-denim, and line-dancing is most popular.

The fact is that this stereotype is an overly-simplified view of Calgary and is not accurate just like the misconception that every Indian immigrant in Canada lives in the GTA.

A whopping 50,000 Indian citizens are settled in the Calgary Metropolitan Area, with lots more in their thousands being temporary workers and international students.

This makes it Canada’s third most famous city for Indian newcomers only topped by the GTA and Vancouver.

Cumulatively there are about 1.3 million people who live in Calgary, crowning it the fourth biggest metropolitan area in the whole of Canada.

Calgary is a hugely attractive destination for Indian immigrants with engineering, mining, or similar relating backgrounds.

As regards the cost of living in Calgary, this is pretty much in between the pack in terms of Canadian cities.

Calgary is for sure cheaper than Toronto and Vancouver but significantly more expensive than Montreal, Winnipeg, and the Atlantic cities.

A single-bedroom apartment in the city centre of Calgary would cost you about $1,256 CAD monthly.

If you are a family and happy to live a little further out in the suburbs then you should be able to find a decent three-bedroom property for about $1,758 CAD monthly.

The city of Edmonton is referred to as the most northerly ‘big’ city in the North American continent.

If you’ve heard of the name Wayne Gretsky, this is where this hockey legend played and won multiple Stanley Cups with the Edmonton Oilers, and as we speak, it houses tens of thousands of Indian immigrants living in Canada.

The daily average temperature in Edmonton is around −10.4 °C in January, as a newcomer from India planning to make Edmonton your permanent home this is something that you should consider greatly if cold possess a threat to you.

That been said, Edmonton is also Canada’s most sunny city. Let’s just say Edmontonians embraces the harsh extremes weather given to them by Mother Nature with uncountable festivals and community events all through the year.

When coming from the perspective of employment, Edmonton has so much to offer Indian immigrants. Just like Calgary, Edmonton is an oil centre with lots of opportunities in construction, engineering, and other affiliated industries.

As regards the cost of living in Edmonton, the city fares well as a singular bedroom apartment in the city’s downtown will cost you around $1,171 CAD monthly, while similar property in the suburbs should set you back about $971 CAD monthly.

We have come to the end of our guide for the best Canadian cities for Indian immigrants.

Irrespective of if you are moving directly from India via Express Entry, using a study permit, or with your family as an Indian immigrant, you should not fret because no matter where you end up in Canada, you would see lots of friendly and familiar sights and sounds. Good luck!